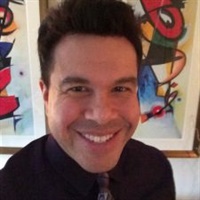 Dr. Roberto Olivardia is a Clinical Psychologist, Lecturer in the Department of Psychiatry at Harvard Medical School and Clinical Associate at McLean Hospital. He maintains a private psychotherapy practice in Lexington, Massachusetts, where he specializes in the treatment of ADHD, executive functioning issues, and issues that face students with learning differences. He also specializes in the treatment of Body Dysmorphic Disorder (BDD), Obsessive-Compulsive Disorder (OCD) and in the treatment of eating disorders in boys and men. He is co-author of The Adonis Complex, a book which details the various manifestations of body image problems in males. He has appeared in publications such as TIME, GQ, and Rolling Stone and has been featured on Good Morning America, CNN, and VH1. He has spoken on numerous podcasts and webinars and presents at many talks and conferences around the country. He currently serves on the Professional Advisory Boards for Children with ADHD (CHADD) and The Attention Deficit Disorder Association (ADDA). He sits on the Scientific Advisory Board for ADDitude and is a Featured Expert for Understood.

Speaker Disclosures:
Financial: Dr. Roberto Olivardia maintains a private practice and has employment relationships with Harvard Medical School and McLean Hospital. He receives royalties as a published author. Dr. Olivardia receives a speaking honorarium from PESI, Inc. He has no relevant financial relationships with ineligible organizations.
Non-financial: Dr. Roberto Olivardia is a member of the Academy for Eating Disorders, the American Association of Suicidology, and the American Psychological Association.