Digital Play Therapy: A Clinician’s Guide to Comfort and Competence

The newly updated Digital Play Therapy focuses on the responsible integration of technology into play therapy during and after the COVID-19 pandemic.

With a respect for the many different modalities and approaches under the play therapy umbrella, this book incorporates therapist fundamentals, play therapy tenets, and practical information for the responsible integration of digital tools into play therapy treatment. All chapters have been updated, and new chapters discuss strategies for using teletherapy effectively during and beyond the pandemic.

This revised edition provides a solid grounding both for clinicians who are brand new to the incorporation of digital tools as well as to those who have already begun to witness digital play therapy’s power. 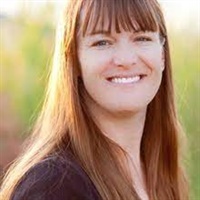 Jessica Stone, PhD, RPT-S, is a licensed psychologist working in a private practice setting in Colorado. She has been a practitioner, professor, presenter, mentor, and author for more than 25 years. Dr. Stone’s interest in therapeutic digital tools, specifically using virtual reality, tablets, and consoles, has culminated in clinical mental health use and research for mental health, medical and crisis settings. She is the co-creator of the Virtual Sandtray App for iPad (VSA) and the Virtual Sandtray for Virtual Reality (VSA-VR). Dr. Stone has numerous publications to date including Integrating Technology into Modern Therapies, Game Play, Play Therapy Theory and Perspectives, Play Therapy and Telemental Health, and Digital Play Therapy in addition to numerous chapters in a variety of books. She has served as the president of the California Association for Play Therapy Nominations committee, is a member of the AutPlay and Digital Play Therapy Advisory Boards and serves as an affiliate of the East Carolina University College of Education Neurocognition Science Laboratory.

Speaker Disclosures:
Financial: Jessica Stone maintains a private practice and has employment relationships with Capella University, John F. Kennedy University, and Sonoma State University. She is the co-creator of the Virtual Sandtray App for iPad (VSA) and the Virtual Sandtray for Virtual Reality (VSA-VR) and receives compensation. Jessica Stone receives royalties as a published author. She receives a speaking honorarium from PESI, Inc. She has no relevant financial relationships with ineligible organizations.
Non-financial: Jessica Stone is a member of the World Association of Sand Therapy Professionals and AutPlay advisory board. She also serves as a committee member for the Association for Play Therapy.