From Anxiety to Meltdown: How Individuals on the Autism Spectrum Deal with Anxiety, Experience Meltdowns, Manifest Tantrums, and How You Can Intervene Effectively

Anxiety is the root cause of many of the difficulties experienced by people on the autism spectrum, and is often caused by things such as a change in routine, or sensory overload. Deborah Lipsky takes a practical look at what happens when things spiral out of control, exploring what leads to meltdowns and and tantrums, and what can be done to help.

Drawing on her own extensive personal experience and using real-life examples to explain how autistic people think, the author distinguishes between meltdowns and tantrums, showing how they are different, how each can begin, and most importantly, how to identify triggers and prevent outbursts from happening in the first place. Practical and simple solutions to avoiding anxiety are offered throughout, and these are accompanied by calming techniques and suggestions for dealing with tantrums when they occur.

This book will be an essential read for those on the autism spectrum, their families and friends, professionals working with them, and anybody else with an interest in autism spectrum conditions. 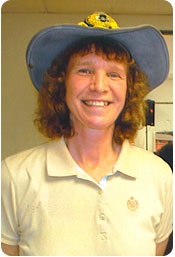 Deborah Lipsky, M.Ed., is an accomplished presenter traveling the United States and Canada delivering seminars, presentations, workshops, and keynote addresses on understanding autism from an insider’s viewpoint. In 2005, she was awarded the Autism Society of Maine’s outstanding volunteer award, and in 2006, she became the recipient of the Temple Grandin award for “outstanding success in her life thereby being an inspiration to others.”

Mrs. Lipsky became an international bestseller with Managing Meltdowns (2010), a book based on her S.C.A.R.E.D. model, an intervention guide full of strategies to help first responders and anyone witnessing an individual with autism having a catastrophic reaction (meltdown). In her second book, From Anxiety to Meltdown (2011), the focus is on understanding anxiety and how it influences thoughts and behaviors in individuals on the spectrum. It also is the first book to truly distinguish the difference between tantrums and meltdowns and offers numerous strategies to deal with both. Mrs. Lipsky also wrote a chapter on learning social skills from animals and is featured on the cover of the book “Autism All Stars”, edited by Josie Santomauro and published by Jessica Kingsley Publishers. Her third book on the nature of demons and spiritual warfare was released by Tau Publishers in the fall of 2012. Mrs. Lipsky’s fourth book, How People with Autism Grieve, and How to Help (2013), is an honest, first-hand account of how people with autism deal with the loss of someone in their life.

Mrs. Lipsky has been featured in a documentary along with Temple Grandin called, “Making Our Way” which was produced for Maine Public Broadcasting Television by Dan Lambert. In 2015 the documentary about her life, “Living with Autism”, also produced by Dan Lambert, was released and is available on DVD.

Financial: Deborah Lipsky receives royalties as an author for Jessica Kingsley Publishers. She receives a speaking honorarium from PESI, Inc. She has no relevant financial relationships with ineligible organizations.
Non-financial:  Deborah Lipsky is an adult with high functioning autism. She is a member of the Autism Society of Maine.