MEADOWS: Grief in the Age of COVID-19: Compassion Fatigue? Zoomed Out?

Caregivers are scrambling to meet the needs of a constantly changing and invisible threat. Although we’re trained to manage the unmanageable, the Coronavirus Crisis presents unique challenges and compassion fatigue is becoming more real by the day. For starters we’re all in this together, therapists as well as clients alike, are scared and disoriented. Comments from therapists like “One-to-one” is going fine… but group, I have zoom fatigue”, or “I like working at home but I miss my life” and “I’m just not getting the human energy back that I’m used to in sessions, at least not in group.” And “the kinds of disenfranchised grief issues that are getting triggered in my clients, are getting triggered in me, too,” are common. Not only are we learning to refine our techniques on a day-to-day basis to meet the needs of our clients, we’re feeling pressure to stave off what could or is becoming a mental health crisis. It’s tiring!

In this workshop we’ll combine a little reflection on where we are now, we’ll learn several experiential exercises that can be used in both one to one and in group that help to focus in on the specific issues that are getting triggered by COVID-19. And we’ll use them to do a little self-care, as well. Watch Tian Dayton, Senior Fellow at Meadows Behavioral Healthcare,  in an experience that will be both personally refreshing and professionally informative. 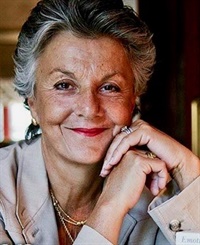 Dr. Tian Dayton is the director of the New York Psychodrama Training Institute where she runs training groups in psychodrama, sociometry, and experiential group therapy. Caron Treatment Centers’ director of program development for eight years, she held that same position at Breathe for four years, and she was a professor at NYU for eight years, teaching psychodrama.

Dr. Dayton currently sits on the Scientific Advisory Board for the National Association for Children of Alcoholics (NACoA). She is also a fellow of the American Society of Psychodrama, Sociometry, and Group Psychotherapy (ASGPP), and she is the winner of their Scholar’s Award and the President’s Award. Dr. Dayton has served as editor-in-chief of the Journal of Psychodrama, Sociometry, and Group Psychotherapy for 10 years and as an executive editor for eight, and she sits on the professional standards committee. She is also the winner of The Mona Mansell Award and The Ackermann Black Award for her contributions to the field of addiction

Dr. Dayton has been a guest expert on NBC, CNN, MSNBC, Montel, Rikki Lake, John Walsh, and Geraldo. She is the author of 15 books including Neuropsychodrama in the Treatment of Relational Trauma, The ACoA Trauma Syndrome: How Childhood Trauma Impacts Adult Relationships, Emotional Sobriety: From Relationship Trauma to Resilience and Balance, Trauma and Addiction: Ending the Cycle of Pain Through Emotional Literacy, Heartwounds: The Impact of Unresolved Trauma and Grief on Relationships, Forgiving and Moving On, The Living Stage: A Step by Step Guide to Psychodrama and Experiential Therapy, and The Magic of Forgiveness. You can also read blog posts by Dr. Dayton on The Huffington Post and Thrive Global. Her films and videos include: The Process (a 73-minute award-winning docudrama that uses psychodrama to tell stories of addicts), Adult Children of Alcoholics, Trauma, and the Body: A Psychodramatic Approach and Healing Childhood Abuse through Psychodrama.