Join Dr. Judson Brewer, New York Times bestselling author of Unwinding Anxiety, and Dr. Mitch Abblett for this FREE one-hour discussion about how anxiety is nothing more than a learned habit—and discover how to build new mindfulness habits that interrupt rumination and worry so you can find greater fulfillment and peace.

Moderated by mindfulness expert and author Dr. Christopher Willard, this discussion will include insight from three of the leading voices in the field, along with practices you can use right away. Don’t miss it!

WATCH FOR FREE
Meet your Speakers

Jud Brewer MD, PhD (“Dr. Jud”) is a thought leader in the field of habit change and the “science of self-mastery”, having combined over 20 years of experience with mindfulness training with his scientific research therein. He is the Director of Research and Innovation at the Mindfulness Center and associate professor in Behavioral and Social Sciences and Psychiatry at the Schools of Public Health & Medicine at Brown University. He also is a research affiliate at MIT. A psychiatrist and internationally known expert in mindfulness training for addictions, Brewer has developed and tested novel mindfulness programs for habit change, including both in-person and app-based treatments for smoking, emotional eating, and anxiety. He has also studied the underlying neural mechanisms of mindfulness using standard and real-time fMRI and EEG neurofeedback. He has trained US Olympic athletes and coaches, foreign government ministers, and his work has been featured on 60 Minutes, TED (4th most viewed talk of 2016, with 14+ Million views), the New York Times, Time magazine (top 100 new health discoveries of 2013), Forbes, BBC, NPR, Al Jazeera (documentary about his research), Businessweek and others. His work has been funded by the National Institutes of Health, American Heart Association, among others. Dr. Brewer founded MindSciences to move his discoveries of clinical evidence behind mindfulness for anxiety, eating, smoking and other behavior change into the hands of consumers (see www.drjud.com for more information). He is the author of The Craving Mind: from cigarettes to smartphones to love, why we get hooked and how we can break bad habits (New Haven: Yale University Press, 2017). Follow him on Twitter @judbrewer. 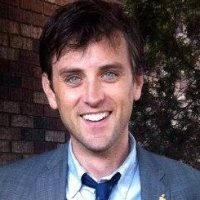 Christopher Willard, Psy. D., is one of the world's leading experts on mindfulness with young people, having trained thousands of professionals and young people on the practice and benefits of mindfulness. He is a psychologist and consultant based in Boston, working individually as well as consulting to schools, hospitals and other organizations. Additionally, he is the author of multiple books on psychology, child development, contemplative practice and more. Dr. Willard is the president of the Mindfulness in Education Network and serves on the board of directors at the Institute for Meditation and Psychotherapy. In addition to serving on the faculty of Harvard Medical School, Dr. Willard leads courses and workshops around the world and online. Dr. Willard is the co-author of The Mindfulness Skills Activity Book for Children (PESI, 2018), and the author of Child's Mind (Parallax Press, 2010), Growing Up Mindful (Sounds True, 2016) and numerous others. He is also the co-author of the bestselling Growing Mindful (PESI, 2015), Growing Mindful 2nd Edition (PESI, 2019), Growing Mindful Spanish Edition (PESI, 2016), Growing Happy (PESI, 2016), Mindful Reminders (PESI, 2016), The Self-Compassion (PESI, 2016) and Anti-Burnout (PESI, 2017) card decks. When not working, he enjoys time with his family, traveling, cooking, eating, hiking, writing and any combination of these he can manage.
Unwinding Anxiety: How Mindful Habits Offer a Bigger, Better Alternative to Rumination, Worry, and Panic
Yours FREE — sign up today!
WATCH FOR FREE
NOTE: This free recording is informational only and does not provide continuing education credits.
POS058320 • © PESI Inc. • All rights reserved • Email: customersupport@pesi.com • Phone: 800-844-8260
Back to Top